$65
Join The Link for Women at the next PBJ Power Breakfast and hear from Oregon Supreme Court Justice,  Adrienne Nelson.

Justice Adrienne Nelson was appointed on January 2, 2018, making her the first African American to sit on the state’s highest court in Oregon’s 158-year history. 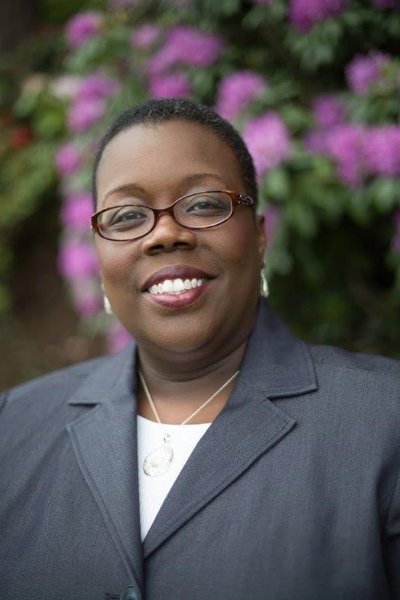 Her exposure to the legal profession, and as a history maker, came at an early age and in a very unexpected way. At the top of her class in 1985 in her home town in Arkansas, Nelson was set to be her school’s first African-American valedictorian. The school decided to give the honor to the next highest GPA to a student, who was white.  Her mother sued the school board, students of color threatened a walk out and, in the end, a historic valedictorian, Adrienne Nelson, walked the stage.

“It was a very hard experience, but it was also very much a catapult for me to figure things out,” Nelson said. “What kind of person are you going to be when you face things in life … and how are you going to interact with people as you’re now beginning what I call my life journey.”

Later, Nelson moved to Oregon in 1994 to be closer to family.  She worked as a public defender with Multnomah Defenders Inc., then as an associate with the Bennett, Hartman, Morris and Kaplan LLP law firm and as the Senior Attorney/Coordinator of the PSU Student Legal and Mediation Services.

Justice Nelson is a sought-after speaker on a variety of topics including diversity, inclusion, equity, community engagement, leadership and professional development. Listen to her recent TEDx talk here:

Throughout her career, Justice Nelson has been involved in many national, state, local, and specialty bar associations, often serving in a leadership capacity. In the Portland community, she sits on the Reed College Board of Trustees and the Oregon Community Foundation Portland Leadership Council where she chairs the Outreach to the Black Community committee. She also sits on the Girl Scouts Beyond the Bars (GSBB) Advisory Board and the Self-Enhancement, Inc. (SEI) Board of Directors both of which she formerly chaired.

In addition, Justice Nelson serves as a mentor to many people. She is often recognized by a wide variety of community and professional organizations for her service and mentorship to others. Justice Nelson is a connector and encourager, helping people succeed by living their best lives.